(As per Vagaries Records) 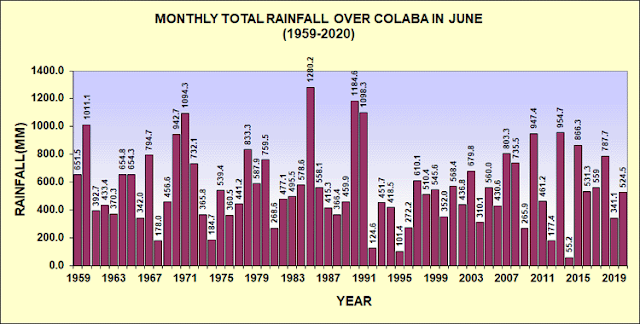 On Wednesday, 5th , by afternoon, a sudden Vortex embedded in the off shore trough formed over South Mumbai in a micro scale, as the pressure dropped in the afternoon to 989 hpa,  a drop of 5 hpa in 6 hrs..
causing very gusty winds around South Mumbai and Interior areas.
On Wednesday, the winds at Colaba observatory peaked at 106 kmph, and were blowing at sustained 60-70 kmph in the afternoon.
With 323 mms of rain by 8.30 am, Colaba recorded its highest ever 24 hrs rainfall for the Month of August.
Previous record was 287 mms in 24 hrs  on 3rd August 1881.A record after 139 years !
Santa Cruz measured 162 mms in the same time frame.
Mumbai Areas: Worli 301 mms, Chembur 283 mms, Powai 159 mms, Borivali 128 mms
Seasons total at Colaba and Santacruz now at 2404 mms and 2416 mms respectively.
Posted by Rajesh at 10:46 PM No comments: 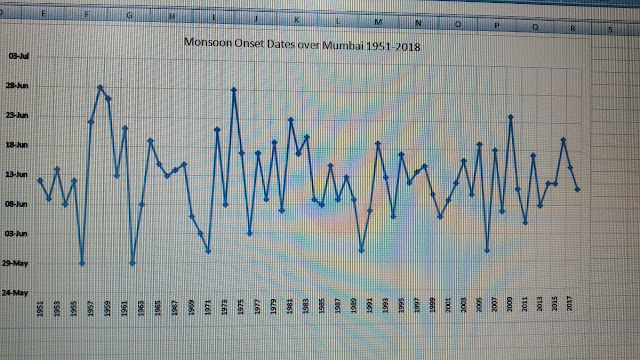 Last date for Withdrawal Start from Rajasthan is 1st October 1961
Posted by Rajesh at 12:18 AM No comments: